Showing posts from September, 2016
Show all

REVENGEANCE - THE FIRST REVIEWS ARE IN! 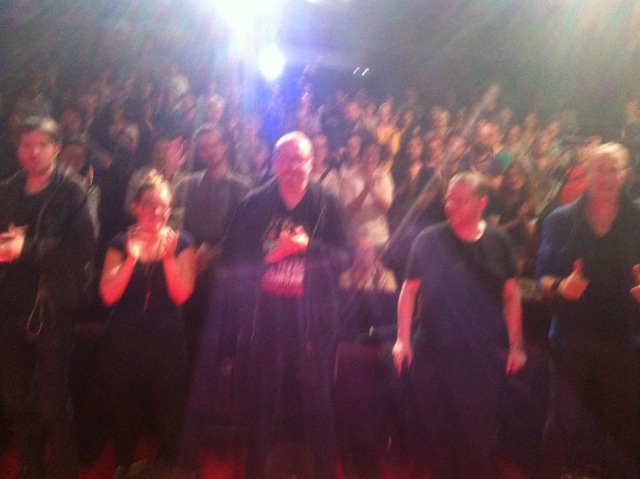 REVENGEANCE RECIEVED A STANDING OVATION AT IT'S WORLD PREMIERE/PARIS Revengeance had it's world premiere in Paris last week at the Festival E'Trange.  It was really well  received by the audience (standing ovation) and the first reviews are in! Now, mind you, these were translated with Google Translator, so the English might be a  little funky (and hilarious), but you'll get the point! FIRST REVIEW.... It is in the 300 room busy the Forum des Images Coralie and I discovered second world premiere  The Avenger Bill Plympton and Jim Lujan.  The first was also present to introduce the film to the  audience of the Strange Festival. The slightly loser Red Rosse bounty hunter finds himself in grave  danger  from the moment he accepted the job of former wrestler  became a senator  Deathface.  His mission:  find Lana, a girl full of secrets, but he will not be alone on the spot ... a mercenary gallery  ensures  pocket the reward promised by Deathf
1 comment
Read more
More posts